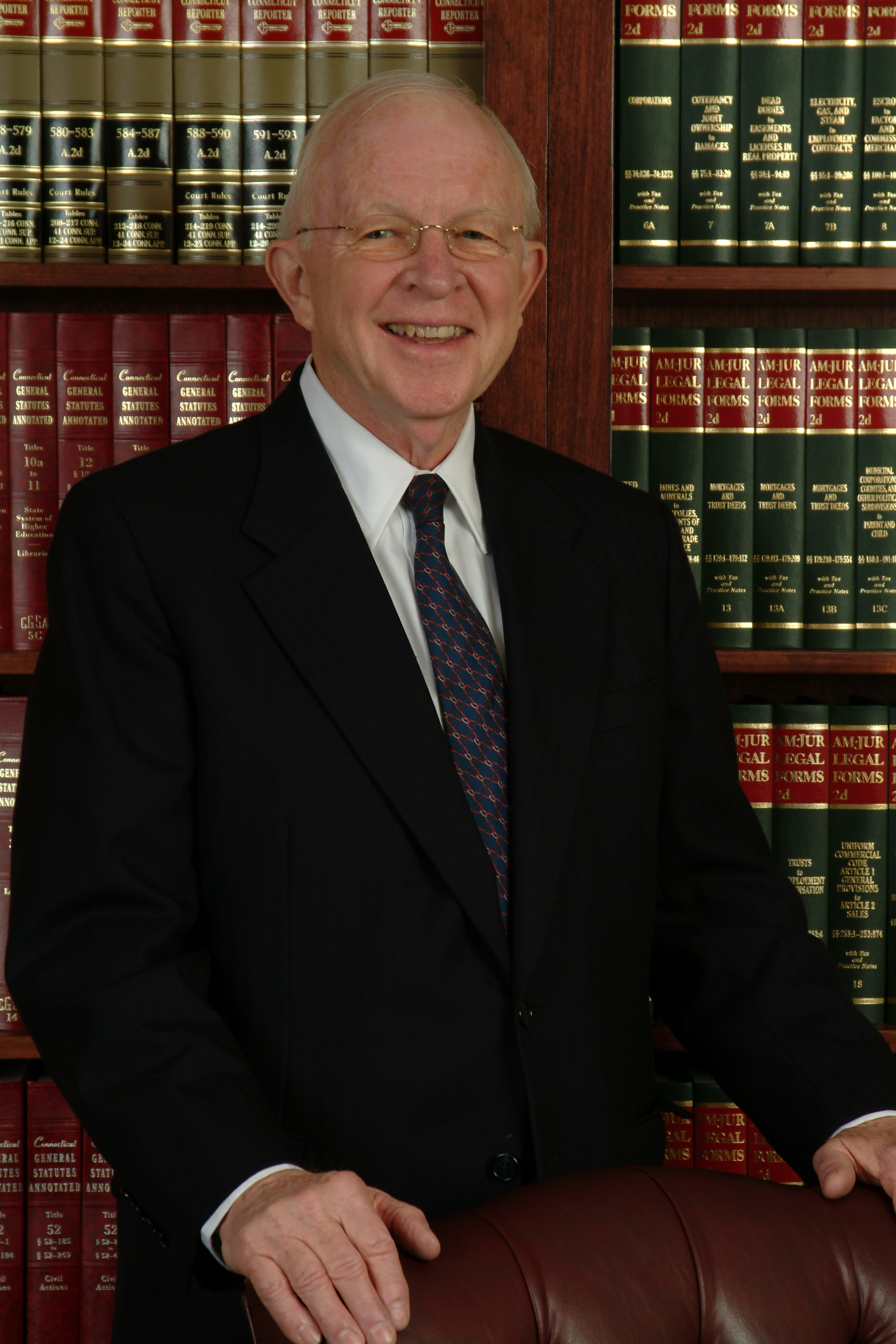 The firm mourns the September 22, 2019 passing of Andrew J. O’Keefe, 87, a prominent Hartford trial lawyer for over 60 years.

Attorney Andrew O’Keefe was a co-founder and Senior Partner in the firm of Jackson O’Keefe, LLP, until his retirement several years ago.  Over the course of his career, he appeared in every court in the State of Connecticut as a trial lawyer in hundreds of cases specializing in medical malpractice, product liability, construction law, and negligence.  He also argued numerous appellate cases in the Connecticut Supreme and Appellate Courts, the Second Circuit Court of Appeals and the United States Supreme Court.  He served as a Commissioner for the State Freedom of Information Commission from 1995 through 2010 and was its Chairman for 10 years.

He was well-known as a fierce advocate and a highly respected lawyer with exceptional trial abilities.

He graduated from Wethersfield High School in 1949, the College of the Holy Cross in 1953 with Honors, and the University of Connecticut School of Law in 1956 as valedictorian.  He served as President of his law school class and President of the Connecticut Law Review.  After graduation, he joined the faculty of the University of Connecticut Law School, where he served as an Adjunct Professor for 58 years teaching Contracts, Criminal Law, Torts, and Advanced Torts.

MODE OF OPERATION: Superior Court upholds ruling in favor of defendant on Motion to Dismiss, as Mode of Operation is not a new cause of action where plaintiff previously brought suit under negligence theory