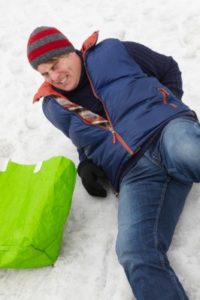 Under Connecticut law, to establish liability for any injury as a result of dangerous conditions on property, a claimant must establish that the person or entity sued was in possession and control of the property, and owed a duty to the particular claimant. Whether a duty was owed to the particular claimant will depend upon the person’s status on the property – as a person not permitted to be present, as a person allowed, or as a person explicitly or implicitly invited to be present.

First, with regard to possession and control, under Connecticut law, “it is the possession of land that imposes liability for injuries rather than the ownership of land, … because the person in possession is in a position of control and is best able to prevent harm.” Hobart v. McDonald’s Restaurant of Connecticut, Superior Court, judicial district of New Haven at Meriden, Docket No. 263193 (July 19, 1999, Beach, J.).

“Retention of control is essentially a matter of intention to be determined in the light of all the significant circumstances.” Dinnan v. Jozwiakowski, 156 Conn. 432, 434, 242 A.2d 747 (1968). As has also been noted, “[t]he word ‘control’ has no legal or technical meaning distinct from that given in its popular acceptation … and refers to the power or authority to manage, superintend, direct or oversee … Unless it is definitely expressed in the lease, the circumstances of the particular case determine whether the lessor has reserved control of the premises or whether they were under the exclusive dominion of the tenant, and it becomes a question of fact and is a matter of intention in the light of all the significant and attendant facts which bear on the issue.” In considering control of the premises, one can look to acts of maintenance, upkeep, inspection, restricting or allowing entry to the property, and the use of the premises. Panaroni v. Johnson, 158 Conn. 92, 98-100, 256 A.2d 246 (1969). Significantly, more than one entity can be in control of a premises at the same time, and thus responsibility for injuries upon the premises may be shared by more than one entity. 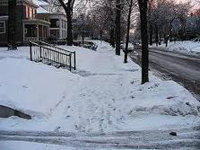 Connecticut Law – Possessor’s Duty in the Snow and Ice Context

In situations involving ice or snow removal, under Connecticut law “in the absence of unusual circumstances, a property owner, in fulfilling the duty owed to invitees upon his property to exercise reasonable diligence in removing dangerous accumulations of snow and ice, may await the end of a storm and a reasonable time thereafter before removing ice and snow from outside walks and steps. To require a landlord or other inviter to keep walks and steps clear of dangerous accumulations of ice, sleet or snow or to spread sand or ashes while a storm continues is inexpedient and impractical.” Kraus v. Newton, 211 Conn. 191, 197-98, 558 A.2d 240 (1989). Thus, “a landowner’s duty to remedy the effects of a storm does not arise until the end of a storm and a reasonable time thereafter.” Sinert v. Olympia & York Development Co., 38 Conn.App. 844, 850, 664 A.2d 791, cert. denied, 235 Conn. 927, 667 A.2d 553 (1995). Thus, the Connecticut Supreme Court has held that property owners are entitled to wait a reasonable time after a storm to remove ice unless there are “unusual circumstances”. The only instances where “unusual circumstances” have been found to exist is where there has already been a changeover in precipitation and there are no alternative means of egress from premises. Cooks v. O’Brian Properties Inc., 48 Conn. App. 339, 346-47 (1998); see also Cafarelli v. First Nat’l Supermarkets, Inc., 46 Conn. Sup. 186, 187 (1999).

For the purposes of the ongoing storm doctrine, both ongoing freezing rain fall and ongoing snow fall may prevent the imposition of the defendant’s duty of care. Kraus v. Newton, supra, 211 Conn. at 197, 558 A.2d 240 (laying out the ongoing storm doctrine in a situation involving an ongoing freezing rain storm); Cooks v. O’Brien Properties, Inc., 48 Conn.App. 339, 341, 710 A.2d 788 (1998) (applying the doctrine in a situation where a winter storm deposited snow and ice in the area where the plaintiff fell). The rule in Kraus, however, “does not foreclose submission to the jury, on a proper evidentiary foundation, of the factual determinations of whether a plaintiff’s injury has resulted from new ice or old ice when the effects of separate storms begin to converge .” Kraus v. Newton, supra, 211 Conn. at 198, 558 A.2d 240.

To meet its burden of proving that the ongoing storm doctrine applies so as to preclude the imposition of the duty of care, a possessor may have to establish that any accumulation of snow or ice was not the result of a prior storm. See Kraus v. Newton, supra, 211 Conn. at 198, 558 A.2d 240.

The Connecticut Appellate Court recently held that the storm-in-progress rule applied to bar a claim for personal injuries when the temperature was around freezing and rain was falling both when the plaintiff arrived on the premises at 8 a.m. and as the plaintiff left the premises approximately two hours later. Leon v. DeJesus, 123 Conn. App. 574 (2010).

The lawyers at Jackson O’Keefe help people recover compensation after being seriously injured because of negligence or misconduct by an individual or organization. In these cases, there are no attorneys fees unless you recover. We provide the strongest possible representation to maximize your recovery. Because of our experience over 50 years in taking cases to trial, we can often obtain favorable settlements even without a trial. We have the knowledge of the applicable law to help you quickly recover compensation.

In Connecticut, many people believe that slipping on snow or ice is their fault. In some cases it is, but if it can be shown that a property owner failed to clear the snow or ice in a timely manner or is otherwise responsible, then you may have the basis for a successful case. The same applies to other obstructions or conditions that lead to a fall. When representing you, Jackson O’Keefe will thoroughly document the negligence of the property owner. We will also identify the full amount of your economic losses and place a value on your pain and suffering. We will aggressively pursue results for you.

We invite you to explore our website to learn more about Jackson O’Keefe and what we have to offer. For more information, contact us to schedule a free consultation.

Connecticut Slip and Falls Due to Snow and Ice FAQs